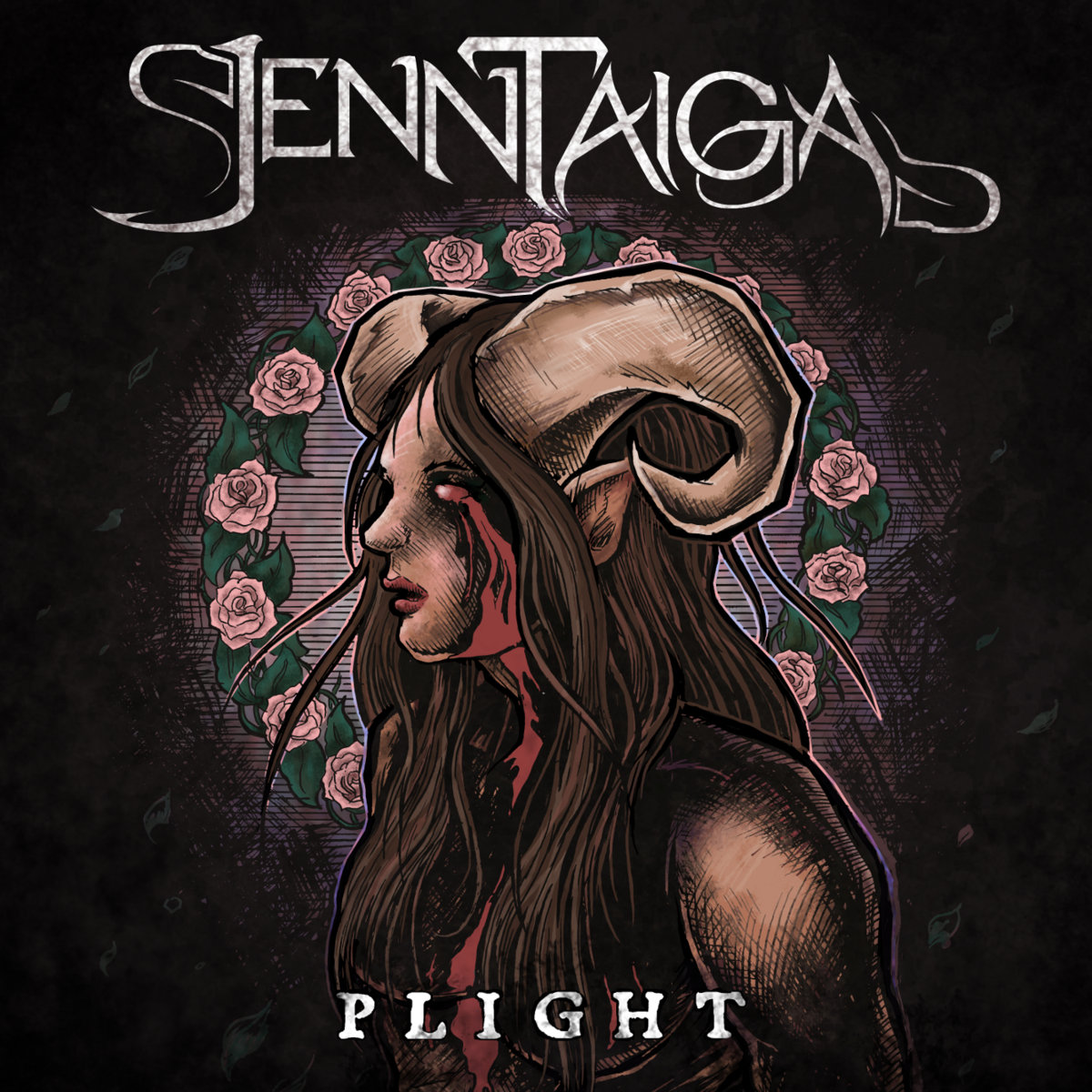 (Ethics disclosure--the host of The Forest At Night, Sarah Allen Reed, was hired to do the cover art for this release.)

That's not the first thing you expect to hear off of a twenty-minute track from an insanely talented self-described synth wizard with years of experience behind her, but that's the first thing you hear on Proteus--roughly twenty seconds of harsh noise wall, like an nuke going off in your speakers, followed by some of the most dissonant synths on the entire two-track album.

When I spoke to Jenn about this track, she mentioned that this entire piece was improvised, included as a counterpoint to the structured, symphonic sweeps of Solivagant, the first act of her newest opus, Plight. Releasing on March 27th from Tridroid Records, these two tracks sit opposite each other, united together in dichotomy--planned, plotted yin pitted against a precocious and powerful yang.

Of the two, Proteus is my favorite. As you all have probably noted from my usual musical choices on this show, I don't care for straight genre exercise. I do love my black metals and my crust punks, my grindcores and my dungeon synths, yes--but what I find most exciting in music is variety, the willingness to put the listener on edge, to challenge them, to blow up their eardrums and lay waste to their expectations.

And detonating a bomb made of twenty seconds of harsh noise in front of a twenty-two minute Berlin school-influenced synth piece is a splendid way to get me excited.

The piece doesn't throw that blood rush away mid-stream, either. Jenn Taiga somehow manages to ride that ever-thin line between predictable and not with nothing more than a small army of well-tempered synthesizers--two Korgs, two Moogs, and a small smattering of pedals, and nothing more. The entire ensemble hums with nervous energy, the repeated rhythms and phrases maintaining their familiarity while never succumbing to repetitiveness, the shining heights of the tones mirror brightly against the anxious hum of the lower notes.

Throughout this entire album, Jenn stakes a firm claim upon the summit of the hauntological mountain of digital moonscapes which so many synth throwback acts have tried and failed to climb, while still managing to make the ground around her flagpole uniquely her own. Of course, blowing a nuke or two up definitely helps.